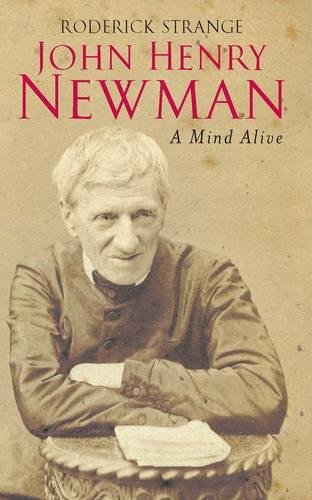 Located in the Parish Library: Biography 191

This month of October sees the canonisation of John Henry Newman by Pope Francis. He was one of the leaders of the Oxford Movement in the Anglican church; he was received into the Catholic church in 1845, and later became a cardinal. He is considered one of the most significant and enigmatic figures of the 19th century, renowned for his original mind and the beauty of his writing.

The first book is for those who want to know Newman’s life better: it portraits him as a thinker, a friend and a priest. It is also a vignette of many controversies which have caused division in the Church and between churches.

The second book is a pocket size little book to carry in the bag and dip into at pleasure. All these short extracts are taken from the works Newman himself published and throw a light on the various aspects of the Good News.

“Religion is the soul’s response to a God who had taken notice of her. It’s loving intercourse. The intimate Divine Presence in the heart. The friendship of mutual love of person with person”